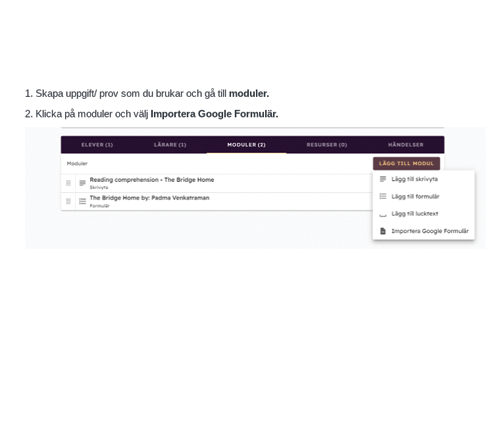 As we have been waiting for the feature to be able to import Google forms into Trelson Assessment! Now it is possible!

You can import an existing form and leave it as it is or build on it and modify it as you wish.

Trelson has a number of additional features that are not available in Google Forms. Watch the video at the bottom to learn which ones and how you can use gap text or let students mark on pictures.

A really great feature is also that you can add auto rectification. Who doesn’t want to avoid correction and let the computer do the work instead?

If you’d rather watch an instructional video, you can do so below. 8 minutes and you know this!